Hiii
I know I haven’t posted anything for a few weeks but so so much is going on here and I barely have any time to write it all down. Especially because I do not want to sit at home writing my blog instead of going out and experience all the things I could at the same. 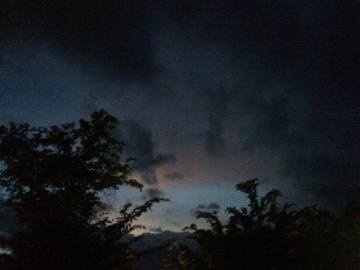 So what has happened the last few weeks ? A LOT but it’s impossible to tell you everything in just one post.

I had a really not necessary experience with my motorcy about two weeks ago. You can guess what happened. I had a little accident. It was incredibly stupid. It was raining and some streets are really bad in Thailand. A lot of potholes (kinda reminds me of Canada) and a lot of little stones.
However, I was driving home from school and all of it came together and I fell. I scratched my knee and my feet open but I was fine. I got on the motorcy and kept driving home. Suddenly it turned off so I stopped and turned it on again. Then the most terrible few seconds of my whole time in Thailand happened. The motorcy started with instance at a high speed and my braks went out. I maneuvered my motorcy in a little ditch so I wouldn’t collide with a car or anything else.
I didn’t get hurt but I was shocked. I couldn’t talk to the policeman that helped me becuase I was so shocked about what just happened.
Thank god, the accident happened just in front of the police station that is close to our home.
I went home barefoot since my shoes weren’t wearable after the accident. I was covered with mud and looked a little like I had just played a scene in a horror movie. I arrived at home and everyone just asked me what happend but I took a long time until I could answer them properly.
A friend cleaned my wounds and went together with another one to the police station to pick up my motorcy.
This motorcy is so much trouble.. And even tho the last volunteer at my school had similar difficulties with it my school gave it to me. After another little incident I told my principal that I would not drive it again. Now I always get picked up by my principal until they get a new one for me.
At school the teachers were glad that I didn’t really get hurt and they said it is a part of the experience in Thailand and I think they are right.
After the incidents I was little scared to drive again but Linda just forced me to drive and everything was fine. I am a little slower now but who cares.
And my accident wasn’t the only one in that week. WE HAD A TOTAL OF 4 IN ONE WEEK. Some weren’t as bad as mine, some were worse. We all got a little mad at the fact that we really rely on these stupid things.

What else is there to tell you guys..
We went to a club a few weekends ago which was fun but really different from the German way of partying. First we went to a bar called ”Peace House” .  A reggae bar which was nice but in my opinion just for a few hours and a few drinks. Not for a whole night out.
After that we went to the ”Par Club” where we weren’t even asked for ID’s or anything probably because we are farangs(=western people). That night the club had some live acts and after that a DJane which was good but a little  monotonous after a while.
The thing that really surprised all of us, or at least Linda and me, was that the Thai’s do not celebrate like we do in Germany or in Europe. They do not have a dance floor like we do. They have tables all over the club and everyone is standing around it maybe swing from on spot to another from time to time but dancing was mostly for the really drunk ones 😀
That did not stop the kru assamaks(=volunteer teachers). We were dancing basically the whole time and for that we earned some really interested looks. Another surprising thing is that the club closed at 2 o’clock. A time were the party in germany just kinda gets started.
All in all we had a great night and it was a lot of fun.
And by the way, we managed to get there on a motorcy. 3 of us on one. Another important Thai experience I guess 😀 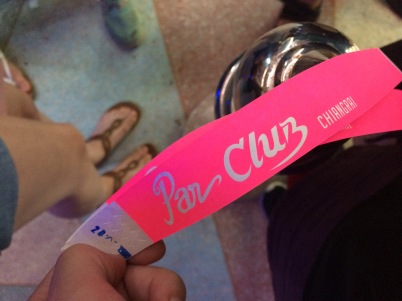 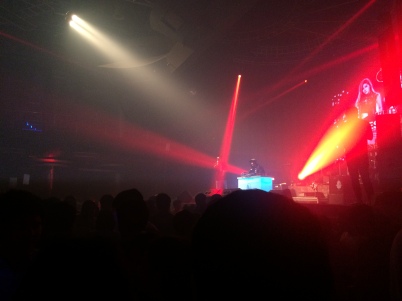 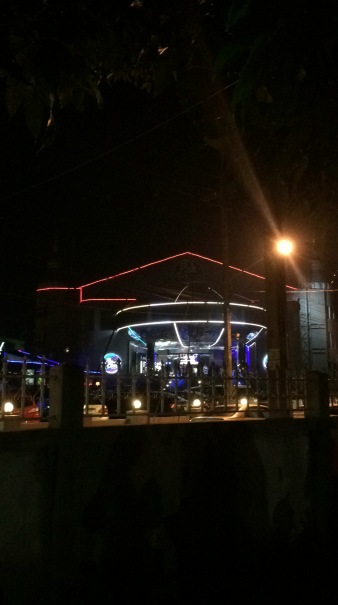 SCHOOL – TEACHING:
The most important of our time here I suppose. It’s challenging.
Firstly, preparing the lesson takes some time and a lot of ideas and thoughts. At the start you 1. do not know the level of each class (I have grade 1-6) and 2. you do not have a feeling for the amount of tasks or games that make up a whole lesson with 60 minutes.
So of course I had some fails. Sometimes I prepared too much, sometimes it wasn’t enough. Sometimes the vocabulary or the tasks were too hard and sometimes they were too easy.
But after a bit you get a little impression of how fast your class is working and how much you can ask them to do in one hour.
It is also difficult to handle the students without an educational background. Sometimes you just don’t know how to handle a situation. But I still think out of common knowledge we all handled the situations pretty  even though we did not know at the time if it was right what we are doing and how we’re doing it.

The kids are like the weather. One day as beautiful and nice as it could be and the next day loud and stormy. That way I experienced days that were amazing but also days that weren’t really nice at all. Some kids are really respectful, they thank you for everything and listen to you. But some kids are also different. Cheeky and loud. Some even disrespect you and I think that is one of the biggest challenges I am facing here. It is difficult to get them to respect you if you do not speak their language and they can say whatever they want behind your back. In that sentence you can see another huge challenge we are facing at school and in class: the language barrier. It is really difficult to teach English to kids in grade 1,2 and even sometimes grade 3 and 4  if you can’t explain anything in their native language. That’s why all of us try to learn the Thai we need to explain some of it at least with some pieces of Thai. 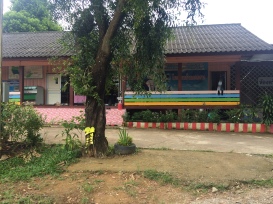 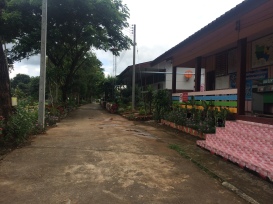 If it works and they understand a game for example teaching is amazing. It’s so much fun to have a class who enjoys having you as a teacher. A class that enjoys the games you are playing with them and a class who really seems to understand the stuff you are teaching.

Some more about our free time, a retirement party/teacher party I was at and our ”work” at an orphange is coming soon 🙂